The larger your repertoire, the more likely you are to make surprising and unexpected connections. Therefore, cyclical learning is the key when it comes to innovation. When we are willing to learn for a lifetime, we make room for the new, and the transformation. 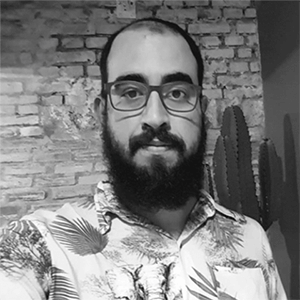 Cyclical learning is not a widespread concept out there, except for some pedagogical forays. This term came to me quite spontaneously - total collective omniscient term - when I was talking about experimenting, failing, learning, and repeating. I will not pretend I "inaugurated" this neologism, but it was something very personal so far, as I could not find almost any thesis / study / scientific article about this specific topic. It turns out that this tetrad of the agile software development world ends up drawing attention due to the error bias, even if the act of failing quickly means collecting quick feedback and understanding where the failures were to build a constant and exponential knowledge base. It is about increasing knowledge, even if just by 1% everyday (and for sure not about "how many tickets can fit in the sprint", but deploying whenever possible).

When we turn the focus on "learning", it becomes even easier to understand the importance of opening up to new opportunities, ways of thinking, and the world.

Try never to arrogate any topic whatsoever. Learn to learn in all situations.

"All I know is that I know nothing"

There are so many pieces of knowledge, whether biological, ethnic, cultural, scientific, financial, or spiritual. Blocking any perspective or point of view may cause a kind of indirect myopia.

When we think of something cyclical, we imagine beginning, middle, and end feeding back into a single parallel and/or dimension. Something like the famous recycling symbol ♻, for example. However, in fact, this cycle can spatially change its position and seek new connections in different dimensions, more dimensions than just the two of the "surface". Imagine you are the blue dot at the base of the cone. You will start to move "on a tangent", and by "tending outwards" you will reach new content and from different areas of knowledge. When becoming a generalist, there is also space to develop a certain skill more than developing others, and to specialize in a topic. All this without leaving the "2D".

The challenge here is to become an upward spiral by studying multiple themes. Search for the expansion of the intellect. Be "3D".

Transversal knowledge does not preclude deeper wisdom, as the theory of the "T-shaped" professional explains. The larger your repertoire, the greater the chances of you making surprising and unexpected connections, crossing different areas of knowledge, and becoming a professional in "X shape". In a more practical way of putting it, this is when you will experience "ascension", when you will be able to transform your wisdom and awareness cycles into an upward spiral that will make you invariably disruptive, creative, and innovative (whether if you see all these concepts as the same thing or not).

Concerning the "destination point", the other blue dot at the top of the cone at the beginning of this text, it is an abstract concept. There is no end.

The same thing happens when we think about "finishing studies", whether from Primary Education to Doctorate, passing through Bachelor's and Master's Degrees. We are continuously on some educational formation. There is no such thing as "getting there". Therefore, the famous phrase "life is a journey, not a destination" becomes crystal clear like spring water in a rainforest.

To shorten it: "Lifelong learning", or as Socrates would say "All I know is that I know nothing".

Other constructs to prove the same point

Taking an exponential look at all the given options, we will see that there is no right way, but the one that accomplishes more compounded knowledge for future applications. Is there a right way? Is it the faster one, the more error-free one, the prettier one, or the easier one? It depends on the "lenses" you choose to put in things.

I, for example, in my personal life, after some experiences in the Catholic and Protestant churches, called myself an agnostic, and then an atheist. Nowadays, I perceive a very high value contained in beliefs of religious syncretism from Americas Indigenous people with the African creed into the Brazilian spirituality as part of the humanity's knowledge on how to see abstract things, and concepts.

Even in esotericism, I, an aspiring amateur astrologer, see some value. After all, unlike the version of the newspaper's horoscope version or the displays' ones on your daily commute, that in short sentences tend to "read your fortune", I understand that by knowing where we "tend to" we may find our balance more easily. Like in a dance of archetypes and personas, astrology unfolds the basic concepts of self-knowledge.

Every wisdom is valid, whatever its origin. There is a very high relevance in humanity's knowledge that is translated by equally rich beliefs of different peoples around the world.

The same goes for software development, where it matters little which programming language-framework binomial discussion is trending, or the language which you are more familiar with. For example, among the technologies for a web application, there are:

If someone offers you a specific programming language as a "silver bullet" solution: be suspicious! After all, such a thing does not exist! There are different ways of "killing the monster" in your room.

All in for radical inclusion... Anything goes! Any point-of-view is just as valid as yours depending on the perspective.

"Skin in the game", as Nassim Taleb would say. Use this mantra to foster new things and project yourself onto others. Understand their perspective in a given context and do not cop-out, because the responsibility is equally yours.

Angela Davis talks a lot about it. If we do not include everything and everyone, we will not be making significant, structural, and strong changes to the point of expanding the consciousness of more people. It results in the inertia's ending: moving forward to a constant dynamic movement of the spiral ascent.

Angela, who is North American, learned a lot from Brazilian thinker Lélia Gonzalez, who researched intersection from a very powerful perspective of semiotics, and from the Lacanian psychoanalysis studies of letters, language, and idiosyncrasies. Through some funny puns, Gonzalez could create many colloquial expressions, like "in Latin America, Portublack is Brazil's language" (free translation) -- something far away from what is expected from an academic person. This is how Lélia achieved communication with those who quivered another language profile (and how she achieved to be understood in many universes).

Speak other languages, study music, or know how to program software. Risk other ways of communicating with the universe. Express yourself in an urge to exchange information, and always learn new pearls of wisdom.

Multiverses: infinite possibilities, including non-possibility as an alternative

Let us play with mathematical perspectives and spatial geometry to bring out powerful analogies: did you ever stop to think that, among all the chances of something happening, there is also the probability of it simply not happening? Are zero, and eternal synonymous? Does none, and immeasurable coexist or overlap? Is the glass half-full or half-empty? Different nuances for different personal meanings.

How to understand an infinite pattern unique for being irregular? Why should music fit into certain "boxes of formality"? Why not improvise and feel the vibes? Let the reverberations speak for themselves!

We must be careful. Education systems must not become what companies are increasingly ceasing to be: a remnant of "Fordism". In other words, learning must not become a tedious, exhausting, and repetitive process. Just like David Graber has extensively studied, the world no longer supports bullshit jobs. Therefore, it makes no sense to see knowledge as a "production line", in which there is little interaction between different areas and skills, especially the "soft" ones.

We should aim at personalized education as a viable alternative for everyone, an intersectional education which meets different ages, and interests. After all, we delimit personas / archetypes to measure user's usability in a digital tool, and we build it based on their particularities, so why not do the same with education at all its levels and for different ages?

"Nowadays what people call learning is something imposed on you. Everyone is required to learn the same thing, on the same day, at the same speed, and in the same classroom. But everyone is different. For some, the class may be too fast, or too slow. For others it may even be going in the wrong direction." Isaac Asimov in 1988 on the TV show World of Ideas.

We should also rely on the beauty of the "golden proportions" to think of exponential cognitive growth as a project for a global society. "Golden ratio" became known by the name of a famous Italian mathematician and explains the elegance of the exponential function contained in so many places in nature. Something that makes it difficult not to think of mathematics as a thing that already existed before we came to understand it, and that it was only discovered by different realities, distinct truths, and distinct rules. Do you remember that spiral in a constant and progressive motion, with direction? Well, that is how you travel - in space - inside a tiny blue planet that hitches a ride on the "tail" of a little yellow star. This is also how the most fundamental parts of your body govern the laws of what will be built in your entire organism. Whether in the dimension of massively large things, or of smart nanoparticles, the exponential increase relationship is always a reality.

To develop a product or join in any multidisciplinary project, everyone must gradually and successively build exponential knowledge, aiming at information expansion to more and more contexts, while adding complexity to the tasks to be performed.

Let me explain: to think about innovation, we must make small and successive conquests that will give us repertoire to expand the action field.

Let us take as a hypothetical example of how the biggest music streaming tool in the world, Spotify, probably started its journey. Most likely its first releases were within what we call "core business", that is, playing music. All it needed were the play, pause, previous, and next buttons (in addition to artist, album, and track information), everything considering consumers as users.

Only after the company "well-oiled" those elements, it has moved on to new challenges, such as user intersection showing "what your friends are listening to" or even algorithmic curation that suggests new songs and genres based on what you and your users are listening to.

Then, when Spotify conquered its users (who would be the customer base, an essential resource for the existence of a subscription monetization model), it was possible to look at the artists and start delivering the number of times their songs were reproduced or the amount collected by the percentage of each contract signed in dashboards filled with personalized charts.

As it evolves in the phonographic world, the platform is now able to start talking to labels, record companies, and entrepreneurs to display new functions, such as disclosing artists' concert schedules in different countries, and even to close new commercial partnerships, making albums available for physical sales.

Remember: everyone has something to teach. Absorb whenever you can. Learn to learn.

Cyclical learning is critical to both innovation, and digital transformation. When we are willing to learn continuously, we evolve as professionals and individuals.

In summary? Everything teaches, everything learns...Play! Diversify! Evolve! 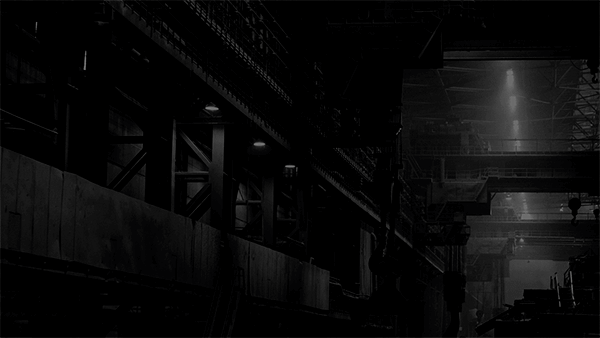 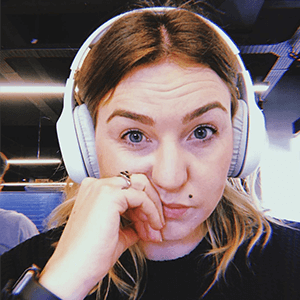 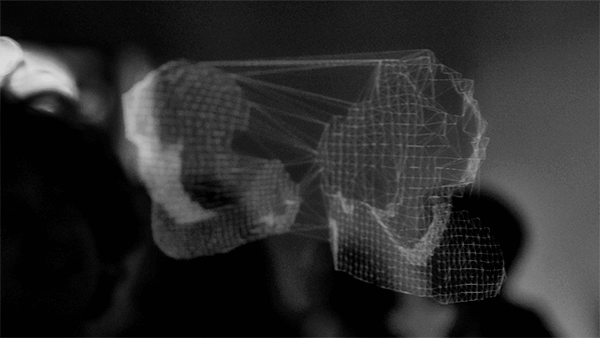 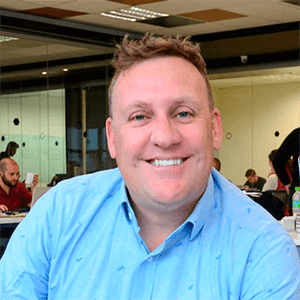 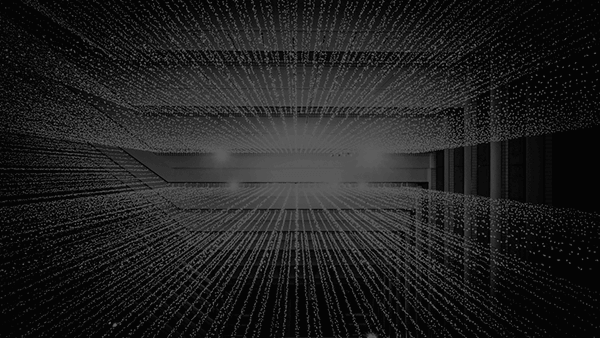 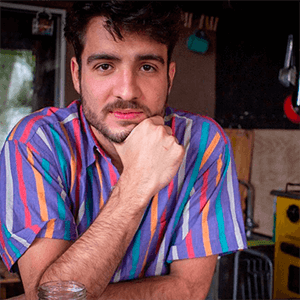